food I avoid and why

This is a LoCarb blog. So I already avoid Carbs!
No bread, or grain, or too much starch.
Not too many sweets!  But we knew that!

Sooooo not only do we (all) tend to eat too much Omega 6,
We tend to eat way too much PUFA altogether!
And I am not fat-phobic. I am on a high fat diet!
Just not so much the PUFAs!

I wonder in my heart if it's not so much JUST the numbers that matter.
But the rancid things that happens to the PUFA's
when they are overheated. Which is like 90% of the time.
Fragile little bonds that they are.

Here are some things I don't eat any more... any why! 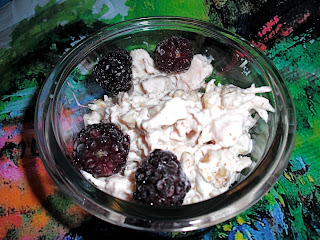 If some of these Paleo Bloggers REALLY understood
the N6 of chicken, would they still eat it?
Maybe just once in a while.


The same numbers apply to most soy-based salad dressings, too.
Ranch Dressing - one serving has about 20 grams of Omega 6.
Depends on the brand, of course!

I don't eat alot of Tilapia, or warm water fish.
N6 is way low! Plus I don't care for them. 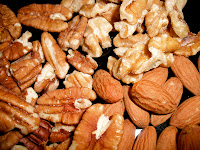 
And this kinda excludes the nut flours, too. They can't be better than
the sum of the parts. 6 grams N6 per 100 grams.
*sigh*

Olive oil is a so-so thing....
But I didn't throw away the bottle I already had!
Mostly I cook with butter, or coconut oil.
Or bacon or beef fat that I rendered myself!  (link)

But all the other veggie oils are out. (link)
Corn, soy, canola, safflower, sunflower, yuk! (link) 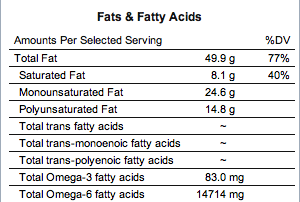 My beloved Peanut Butter, of course,
did not survive the cut. This is just 100 grams.
Time was, I could eat that much per bite! 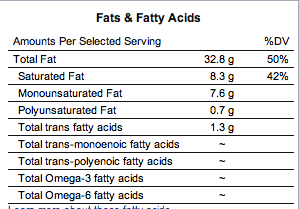 I also stopped going to McDonald's.
Too many funky oils.  (link)
I wrote to them. Asked them about the Omega 6
content of  Big Mac. They answered!
Said they were not obligated to disclose.

But here the total PUFA is less than the Trans Fat!
Maybe in the bread which I don't eat! Who knows.
The meat at McDonald's is 100% beef.

I also stopped going to Pizza Hut.
They use soy meat! (link)

I stopped using Aspartame.
No need to risk the unknown
when there are "better" sweetener options already.

And MSG is probably a thing we don't need.
I started making my own beef - and salmon - jerky!
Much better than any you can buy.

I also stopped drinking.
Too many carbs. Plus too many head injuries!
*wink* But mainly the carbs.
Before Atkins sold out to a larger crowd,
He wrote that one ounce of hard liquor has the
equivalent of 17 grams of carbs.
It's the classic diet staller!
Plus... who need the extra work on the liver?
Not us- that's who!