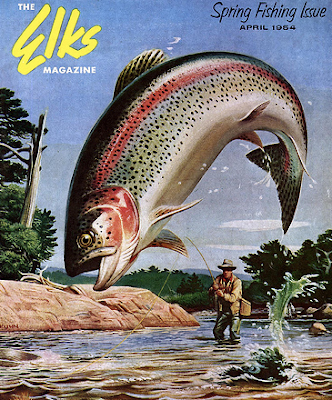 It looks so  pretty - so cool - so awesome.
A wonderful way to get a plate full of omega 3's! 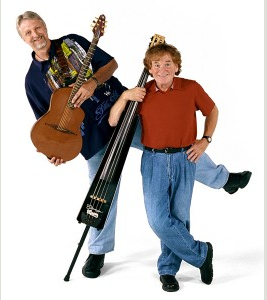 Trout fishing in america!
Um... not that kind of Trout Fishing In America.
Although I love that kind, too! (link)
More like the salmon kind!
So - ya go to the store. For to get some salmon.
Look at the choices!
All salmon are about the same, right?
Um.... no! Not even close. 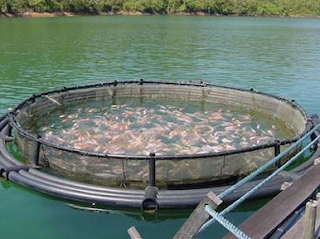 Farm Raised Salmon are kept in tanks like this.
Or even in vats on dry land.
Now - let's not even worry - for now -
that the Salmon can't spawn and swim upstream
and all the Salmon things they love to do. (link) 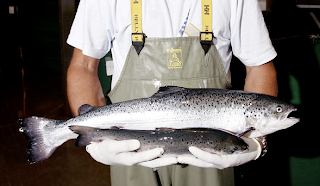 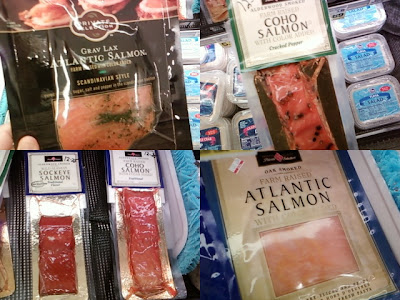 Or that the Farm-Raised Salmon
have food coloring added to the flesh to make up
for lack of krill in the salmon's diet.
All of these "fancy" brands are farm-raised salmon
with color added! That's a lot of color!
We will limit our discussion just to the
Omega 3 properties of both fish.
Remember that we want to increase the omega 3 -
but not so much the omega 6.
And keep both numbers down to a dull roar.
No more than 10% of over all diet from PUFA's
From all the PolyUnsaturated Fatty Acids.

The Farm Raised Salmon have double the Omega 3
But look - at the Omega 6!
And the total fat. Those numbers are more like beef!
2500 mg is 2.5 grams 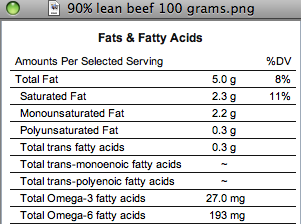 The stats on beef. The "mortal enemy" of
many an ill-informed dieter. Beef is not so bad, eh?
Not when you know what to look for.
Atlantic Salmon is Farm-Raised Salmon!
Atlantic Salmon is actually a near endangered species. (link)
So most of the "Atlantic" Salmon are actually Farm -Raised. (link)
When the package says Farm-Raised... or does NOT
specifically say "Wild Caught Alaskan Salmon" ...think twice! 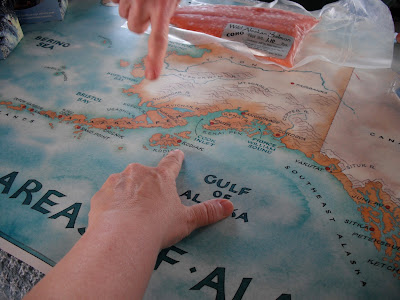 It will almost always be worth the little extra price
to get the Wild Caught Alaska Salmon!
Hope you are having a great day!
by Anne H @ 01:05