the importance of being earnest 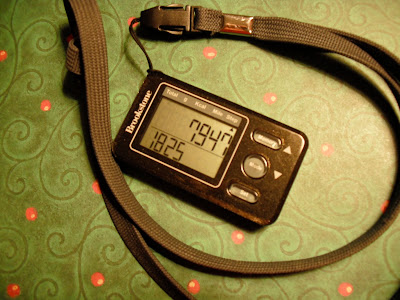 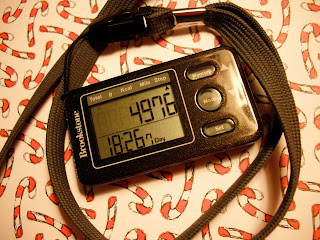 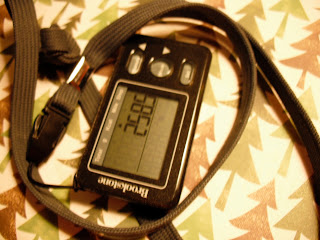 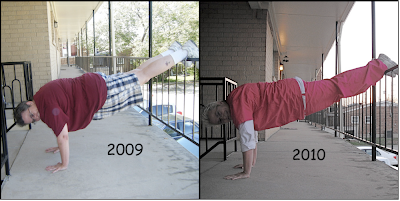 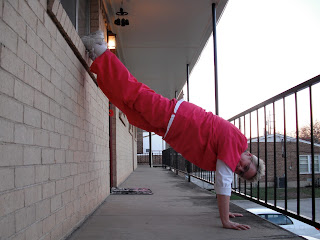 Maybe this will be more of a challenge!
4 feet up! 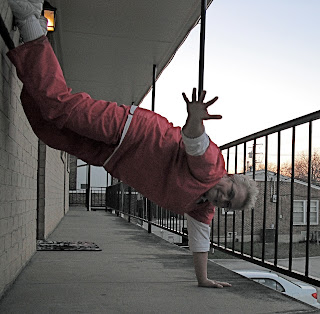 Looks like a Fail Blog about to happen!
Still got a ways to go, eh?
One-handed - and that's the arm I broke!
With all my new-found enthusiasm,
I have re-re-restarted the so-called
"Fit" part of my plan. As in "Fitness."
I now walk 30 minutes before work
and 30 minutes after work. Most days.
Plus my bouncer - a Cellerciser....which I love, too.
Probably 20 minutes a day there... Most days.
Now I'm really on the rebound.... lol!
I have my old job back now,
and the hours are 8 am to 8 pm...
Plus driving.... Doesn't leave time for
alot of walking during the day....
I tried to  "power walk"  late at night.
After work, about 9pm. At first, I didn't like it.
But then I decided I liked it alot. Cuz I walked
myself into a state of tiredness, and slept good - finally. 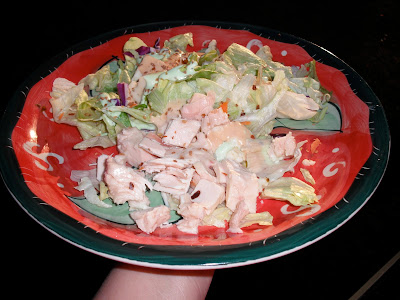