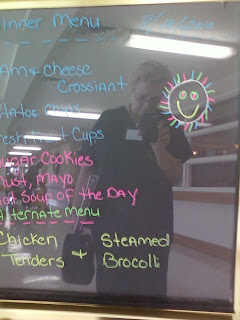 Yesterday, I crossed the Forbidden Line,
and ventured into the Other World.... the Woods.
And ate an abundance of Those We Do Not Speak Of.
I was on a Luscious Hunt!
...as in hunting for something luscious
(Carbs - ok? There - I said it!) 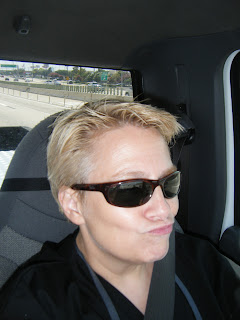 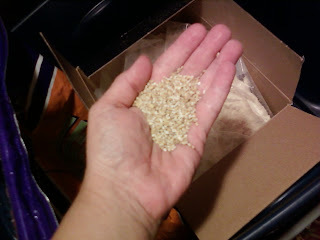 I ate an entire bowl of steel-cut oats....
That Of Which We Do Not Speak Much Of About!
And then some peanut butter to seal the deal.
I mean - to ward off any more intrusions by
Those Of Whom We Do Not Speak of Much.
(Or DO we speak that much about it?
Cuz now that you mention it.....) 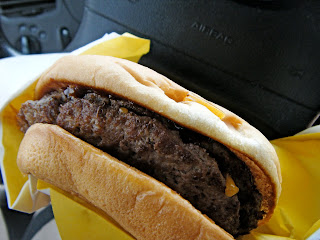 Oh, and then there's this.
A What-A-Burger BBQ Cheddar
I can't believe I ate the whole thing!
Bun and all. Like *that!* 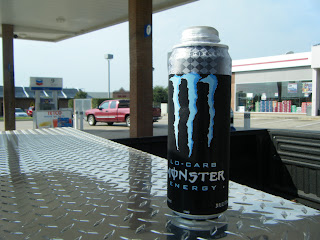 Please, sir, we must make haste!
I then called upon the powers of Magic -
As conjured up by the Monsters that live in the Other World.
(Come out, come out where ever you are!) 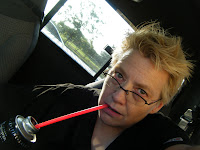 The Monsters somehow sensed that I was wearing the safe color
(The same color as before!)
And therefore granted me a safe passage back from the Other World.
Since I had apparently taken leave of my senses.
Or maybe I just wanted some oat meal!
Truth be told, I had skipped a few meals for a few days.
And it caught it with me.  As it always does.
Working lunches are fine once in a while.
But I know better than to expose myself to risk.
It seems to be a fool-proof system.
I can't fool it!
It might change forms but it always shows up.
So today was a modified fasting day...
One (only one) Monster and a ton of water.
Egg white protein  - no salmonella -
A snack pack of nuts. 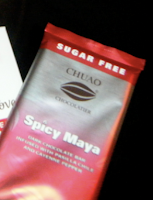 Even a bite of sf chocolate with red peppers.
Just in case some stray CH2O didn't get the memo!
And I'm off to enjoy a full night of quality sleep!
YouTube Video
The Village
Don't Let Them In
M Night Shyamalan

Email ThisBlogThis!Share to TwitterShare to FacebookShare to Pinterest
labels: the village eediot