too much of a good thing

So that is all there is  to eat on this planet -
Fats, Carbs, and Protein.


It seems we pick 2 - but we can't eat freely and madly from all 3 groups.
It's what ever works for us - for weight loss, and maintenance.
Low Fat or Low Carb. I just know what works for me.


Here's a quick trivia question for you.
Name one food that naturally has all three:
Fats, Carbs, and Protein.
In 20 years, I can only think of one single food.
Do you know what it is?  Tell ya - later!
Atkins himself wrote that his diet is not really low carb - it is high fat.

Dietary fat causes ketosis - and fat from weight loss causes ketosis...
Obviously that's the kind we want! If we eat too much fat, our body
won't go to the stored fat to burn it.
Too much fat with almost any carb tends to store the carbs!
Atkins himself said that his diet was not an excuse to overindulge in fats. 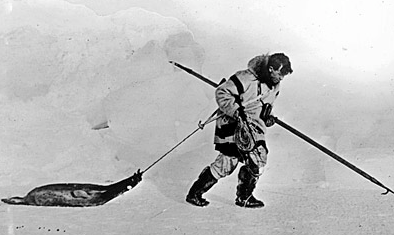 When I did my 2 or 3 Fat Fasts, I ate 90% fat and nothing else!
That lasted just a couple of days.
Protein Power is high protein (obviously)
But some say too much protein is no good -
If you go over your body's own need, you will store the rest - GNG
But not as protein.... it converts to fat, and actually uses insulin in the process.
The very thing our diet is trying to limit!
*sigh*
So too much of a good thing - either way - is not so good.
Maybe it's easier to say what you cannot eat on carb restricted diets:
And this is during Induction. Later on, in Pre-Maintenance, we can re-learn
what carbs our body can now handle, and how much is "too much."


It's a short list:
No bread, pasta, gluten...or otherwise - no sprouted bread, or protected carbs.
No rice, potatoes, starchy veggies - not just the "white ones" although that's a start!
No beans, peas, or legumes that are starchy!
No sugar, or honey, or carb-based sweeteners.
Carbs are simple or complex - but they are all still carbs.
Starches are not sugar, but they turn into sugar...
Alcohol is not sugar, but it "spares" protein and is used first -
even before carbs...so it stores everything else.


And just because a sweetener is "natural" it does not follow that
it is healthy. Rocks are "natural." But we don't want to eat them!
Sugar is not "natural."  To isolate any of the nectar aspects of any plant
is really not all that natural. It's not wrong - but don't be fooled
into thinking it's better for you - or your body will do ok with it.
If it causes a high gylcemic response - [index or load - either one]
Then it probably isn't helping regulate insulin. Which is vital in obesity.


Artificial sweeteners in moderation.
Because who really knows about those.
But that's a whole 'nother episode of Jerry Springer!
People get pretty defensive about that one.
One final word about Fats and Coconut Oil.


1. Fats are digested in the intestine. Bile emulsifies fats mechanically
and they are later digested chemically. (We all know this)


2. Lymph collects cellular debris and dumps it back into circulation
to be disposed of by other means, later.


3. If the body is dealing with huge amounts of dietary lipids,
it is too much for the lymph system to take away.
Or there would be no weight gain!


4. That's where coconut oil comes in to save the day!
MCT (medium chain triglycerides) do not use bile for digestion.
They do not use the same pathways as other fats!
So it "goes right in" - it acts like a carb, in a way!
And is not as apt to be stored like a fat, either!
This is also where water intake factors in - it helps flush away lymph
and cellular debris! Same with exercise. Normally, lymph only circulates once
in a 24 hour period. But with physical movement and massage, it can move
through your body once an hour!
Remember, too - I am no doctor...
I once was a fat-ass. Now, just a dumb-ass... who used LoCarb to lose weight!
I think of my diet as being not so much carb-restricted, but as common sense on a plate.


And the Trivia Question - the answer is - MILK!
Milk is the only thing I can think of that naturally contains
good amounts of all three food groups.

Email ThisBlogThis!Share to TwitterShare to FacebookShare to Pinterest
labels: induction 4