First thing I did after the staples came out
was cut off some of this shaggy hair! 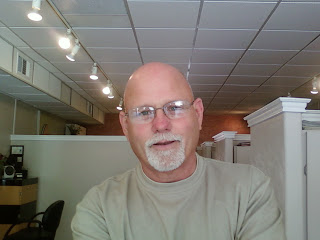 My hair grows fast - and there's lots of it!

The guy that cut it is famous...
He had a chain of stores in the 70's
- before the SuperCuts came in -
So this hair cut is the real deal!
Probably one of the best I've had. 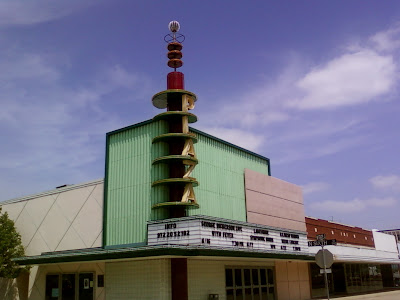 So I tooled around Downtown Garland the other day.
The census says Garland's population is 250,000.
But I'd say you could add a bit to that and still be right. 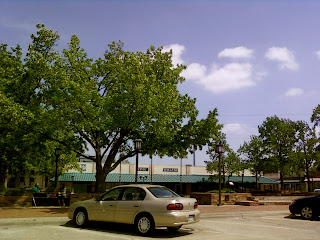 If anyone ever comes to visit, I'd take them
to the square. They are re-vitalizing
all the little downtown squares in all the small towns...
My CrossFit gym is downtown! 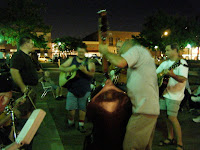 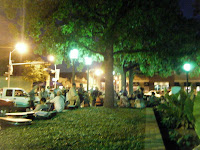 Any given Saturday night,  people show up with instruments
in hand, to play BlueGrass... It's non-venue, non-sponsored -
just a bunch of musicians and fans playing music
for the sake of playing music.
Even if you don't like BlueGrass per se -
it's still pretty fun! 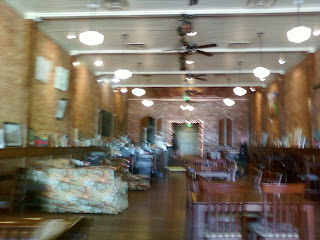 Coffee shops with cool music for the tragically hip 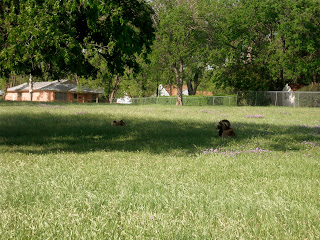 And then, there's the park.... with all the requisite cute animals
Can you see them? They're in the shade.
I think it's Dr Dillamond? 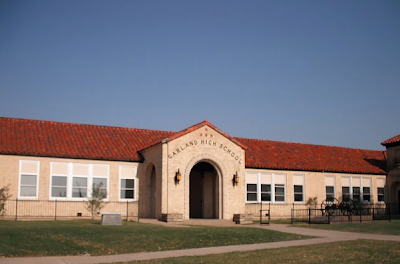 Good old Garland High School -
The building is cool - build in the 1930's
Work Projects Era.... and still the same!
Love the B 52's Downtown
Reminds me of my youte.
(What's a "youte!?")
Still doing great after the closed head injury
slash concussion. Still with the black eyes!
Hope your happy day is happy!
by Anne H @ 00:02