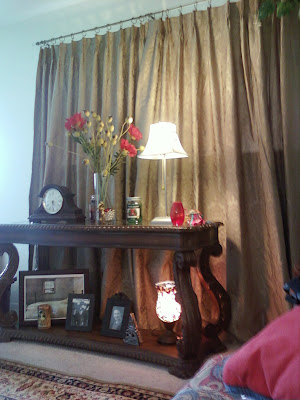 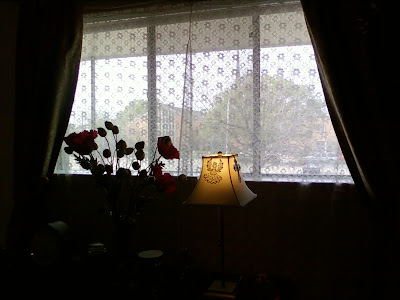 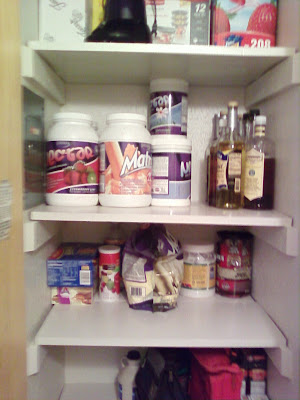 Sugar free flavorings - not booze!
Protein powder in many flavors
They take up alot of room 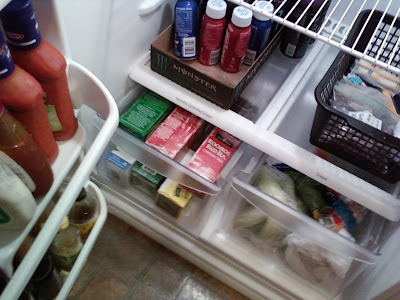 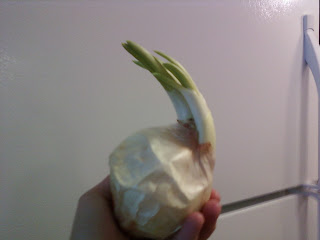 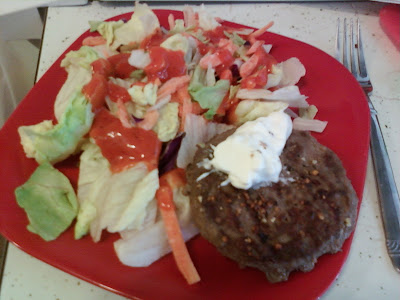 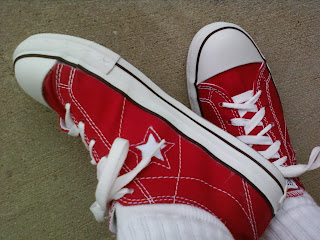 New kicks
Whenever I gather more than a few somatic complaints, or projections,
I have learned that "I am never upset for the reason I think."
So I try to "look inside" and go beyond the symptoms,
Behind the petty grievances, and figure out what is really going on.
This is the 5 year anniversary of friend of mine's suicide.
I found out later she tried to call me several times that night,
But I didn't get the calls...
Probably why jumbled (or absent) communication bothers me, even to this day.
I found her picture in a box, tonight when I was unpacking.
I'd taken them down this last spring, when I started blogging!
I figured it was time to practice the wisdom of forgiving myself,
And the zen-ish art of "moving on."
It's like I was making a decision in the present moment
To give more importance to the (non-existant) past,
Or the (equally non-existant) future,
Rather than to the present/now, which is all the time there really is.
But not "moving on" in a frantic, desperate way...not anger or fear-based.
Just more gentle, and kind, and even loving.
Like "moving toward" something, instead of "running from" something.
Whatever happened in the past - now it calls for healing and understanding.
Monster w/ protein
Snack pack of peanuts - one hot, one regular
Coffee w/sf hot choc, water - the usual suspects
2nd monster w/protein - I perked up "like a daisy!"

anne h said...
The quote is from "A Course In Miracles," Which I have studied for years, Until 6 months ago, when I all but stopped reading. So now, I've re-examined if it makes sense to me, and it does! In fact, it's sometimes the ONLY thing that does!
APRIL 3, 2010 4:32 AM